On Friday I was at Resonate, a “new media festival” in Belgrade.

To get an even better idea of the kind of scene that’s going on there, you should check out Creative Applications Network. Its founder Filip Višnjić is one of the key people behind Resonate.

The main feeling that I got this time is nostalgia. Raquel makes graphics and animations using Commodore 64. She talked about enjoying working “the classical way” and “without distractions”. Camille is exploring augmented reality with themes from the nature and she is happy to live in the woods of Switzerland.

The guys from Spaces of play did not talk about their commercial successes but games that question the norms in traditional video games, such as 4 minutes and 33 seconds of uniqueness.

HOLO looks like it will be a good magazine, and their talk was mostly a pitch of the good parts of print production.

Sadly the following talks of people from universities of interaction design etc were rather boring so I left.

Overall, although the things seen at Resonate currently have little to do with my daily work, for me it’s a healthy dose of mind-opening experiences. 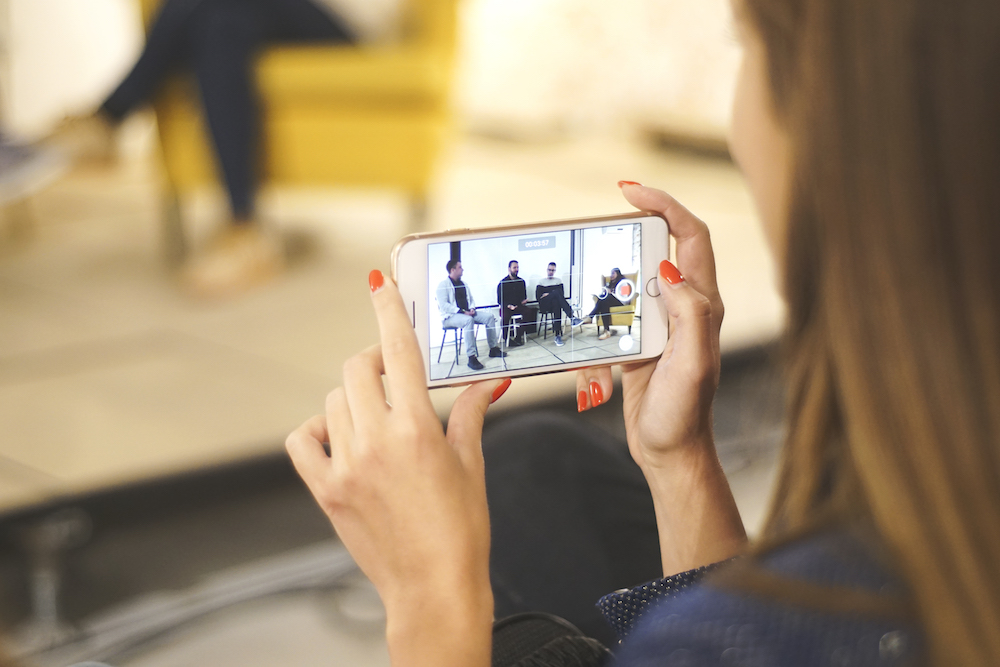